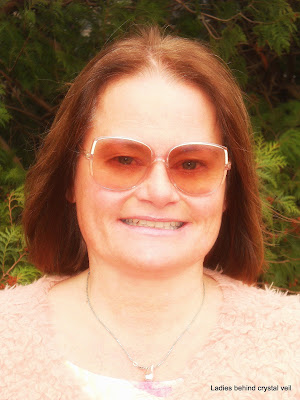 Silhouette was one of the top brands during the heyday of the large frames. My collection hosts over one hundred pairs, many of which were featured in my photo shoots. Linda has the honor of being the first model who poses in this almost forgotten pair. The first owner was probably an elderly lady. She made a wise choice (or got sound advice from her optician) with regard to the lenses. Only the lens for her left eye is progressive, the right lens is single vision for long distance. So much safer when walking the streets or descending a flight of stairs.... No doubt, she had a separate pair of reading glasses.
Time was scarce during this photo shoot which took place during a slightly extended lunch break. As a result, there are no long series. Linda managed to switch glasses 25 times during an hour's posing. Hat off for Linda!
Gepost door ogoloog op 01:32