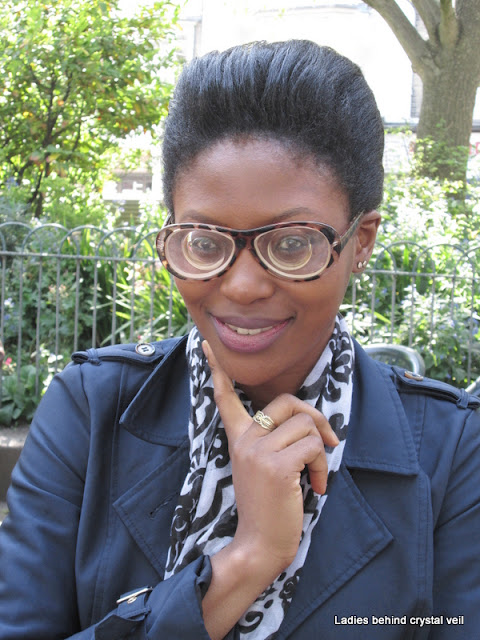 For comparison with the blended myodisc glasses shown by Miliswa in the two previous portraits, I requested her to pose in a pair of traditional myodisc glasses as well. After all, my project is not just about frames but also about lenses. The position of bowl and carrier lens are quite clear. Minus twenty-five is an extremely strong prescription so it was comfortable for Miliswa that this part of the photo shoot was done in a seated position. The glasses were used in four previous photo shoots (with Lettie, Nanda, Nel and Sohaila) but the extreme strong curve in the lenses tends to produce more glare than can be edited out. I took half a dozen photos of Miliswa but only managed to edit one of them in a satisfactory manner.
Gepost door ogoloog op 16:07