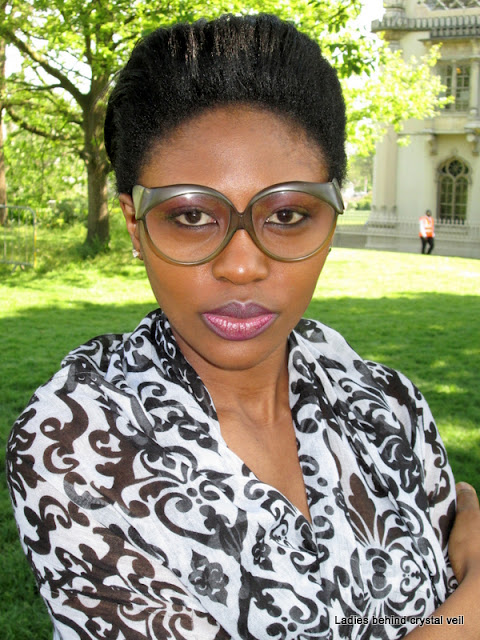 If any collection of new glasses ever deserved to be called "classic", it was the very first collection launched by Christian Dior in 1976. Everything about the frames was revolutionary, never seen before. The style of the frames was authentic and consistent. One could recognize a Dior as a Dior, even from the far end of the street. I was working in near Montreux in Switzerland when the Dior hype started and it was fascinating to see the abrupt changes in the streets. Before 1976, Swiss ladies were always on the conservative side with their frame choice. All of a sudden they changed into front runners. The pair shown here by Miliswa is from the collection that changed everything. The glasses were previously featured in my photo shoots with Osi (097) and Farishta (625, her third photo shoot). Again, in my opinion these glasses are a perfect blend with Miliswa's face. Great!
Gepost door ogoloog op 06:31