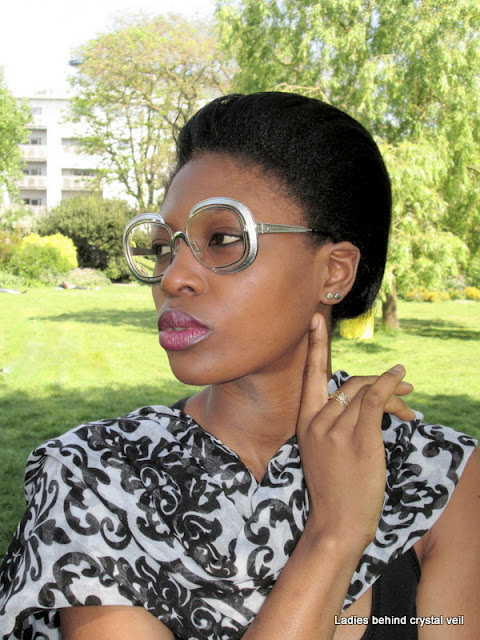 These Christian Dior glasses can only be shown in their basic silver version. They came in a case which still contained two ocher plastic clips but unfortunately these clips were badly crumbled so they can't be used anymore. The use of plastic clips on frames was quite popular in the mid 2000's but again, Christian Dior was way ahead of his time. Ocher was a favorite color of Christian Dior in 1977 and 1978 so my educated guess is that these silver glasses were made in either of both years.
Gepost door ogoloog op 10:48