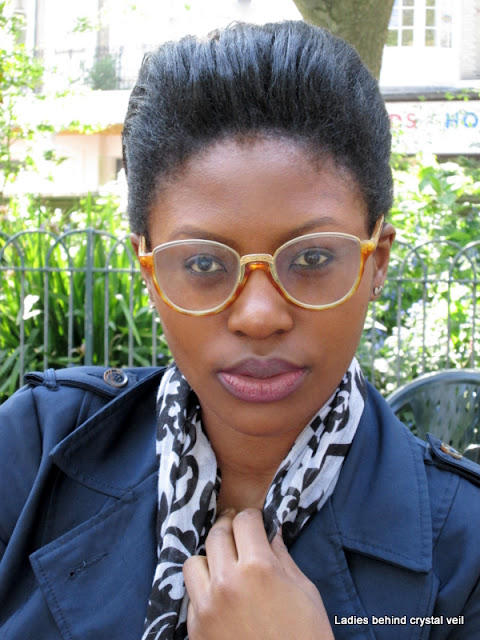 These Italian glasses were sent to me by Martin from Cologne and subsequently shown by my life partner Nel during the catwalk at the opening of my second photography exhibition (Germany, 2011). The glasses were also featured in several photo shoots (e.g. Leonne 146, Juliette 107). During the selection of the glasses for the photo shoot with Miliswa, it dawned to me that the dimensions of the frame match her PD.
Blended myodisc lenses are now extremely rare. They were invented during the early 1980's as a more aesthetic alternative for the traditional myodisc lenses with their clearly visible demarcation between the central "bowl" with its extremely strong prescription and the surrounding carrier lens. Aside from the tiny image of the eyes, there is no way of telling that these are very strong glasses indeed.
Gepost door ogoloog op 15:49