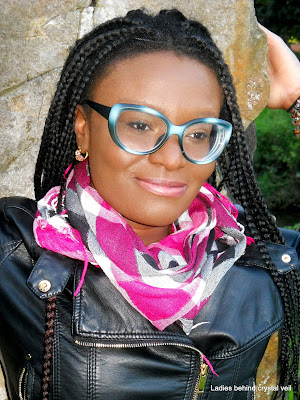 These giant greenish glasses were yet another surprise discovery in the Zenni catalog, three or four years ago. Again, clearly 1970's style, only different.... I was fortunate to order them straightaway. A few weeks later they disappeared from the catalog, never to return. This may have to do with the frame material. It's not unlike PVC but quite brittle. The frame soon developed a bad crack and as a result, the glasses were only used during three photo shoots (Nel, Daisy in Flanders, and top model Sohaila from Ireland). I took the gamble to bring the crippled glasses along to the photo shoot in Epe and fortunately, Emma did not hesitate to pose in them. An eye catching combination!
Gepost door ogoloog op 16:42