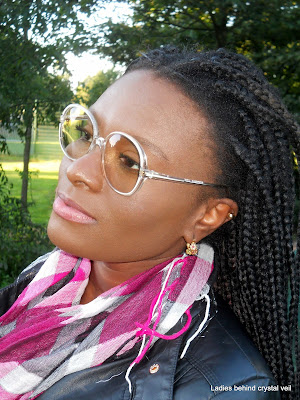 Rodenstock from Germany has been a household name in the international glasses industry for well over half a century. During the 1970's, they had the nice habit to give a girl's name to each new series. This "Celia" pair was acquired four years ago and it was only featured in one previous photo shoot (with identical twins Nathalie and Kimberley). The prescription indicates that the first owner of the glasses was a longsighted lady in her early fifties.
Gepost door ogoloog op 06:20