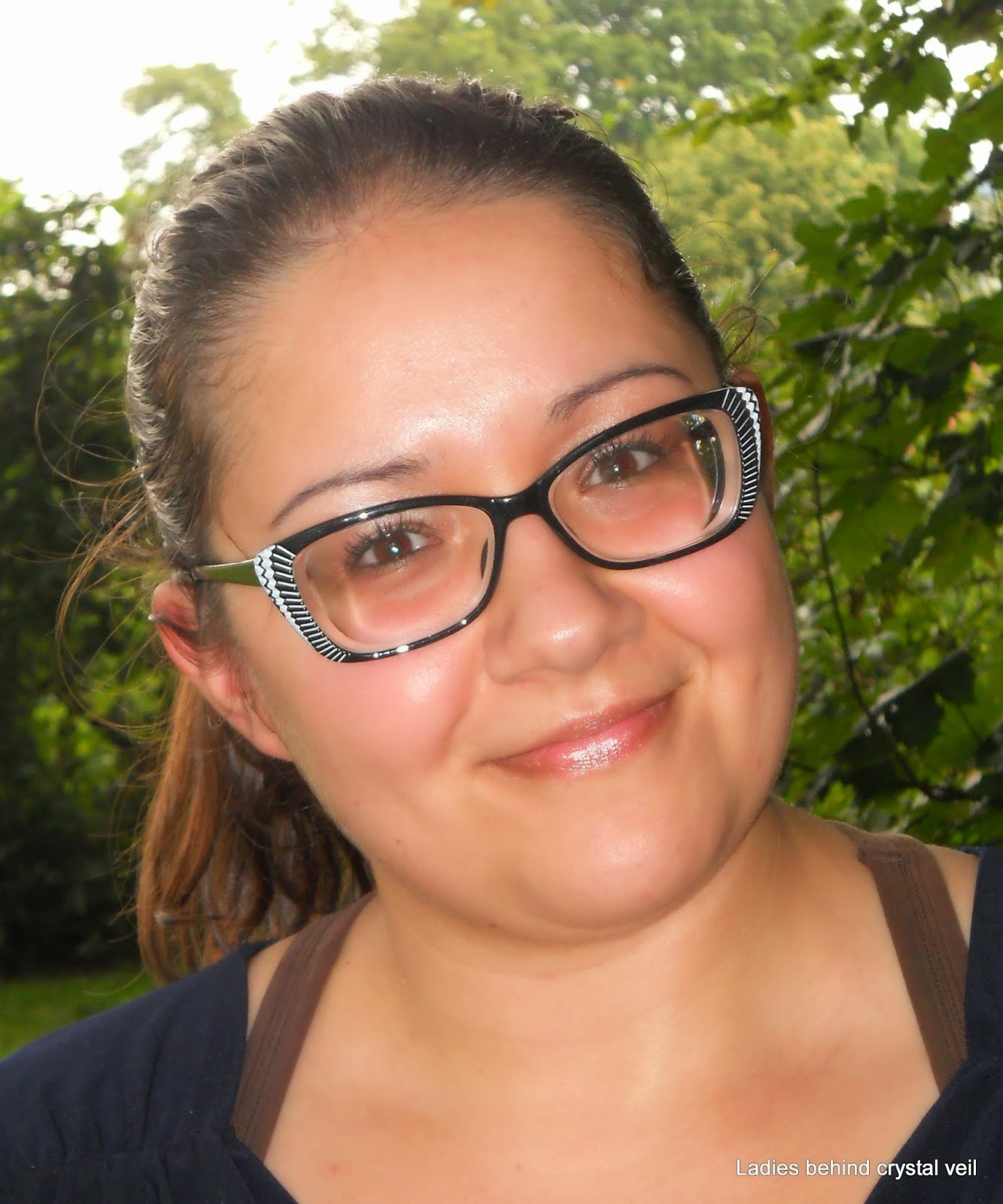 These striking black and white frame first appeared in the Zenni catalog in 2012. Given the terminal condition of my beloved brother Guus it was a year with only a handful of photo shoots. However, my partner Nel posed for me on two occasions and when she saw this Zenni frame, she was all go to give it a try. I ordered the purple version fitted with -8.00 lenses and this black version fitted with Nel's prescription for long distance. Nel liked the purple version but she did not choose it as she already had a fine pair of Zenni glasses. After some deliberation she decided to go for the black and white version although she doubted if it would suit her pale skin. In fact, the black glasses worked out great until they broke, shortly before our holidays in Scotland. I ordered the purple version for Nel (just the frame) as her own purple glasses went missing in February. A friendly optician around the corner switched the lenses from the black frame into the purple frame without charging any cost. Farishta is here posing in the black and white version , showing the touch of myodisc in the lenses. Zenni did this bit of extra work on the lenses - without charging anything extra - so that the glasses could be folded up neatly for their journey to Holland. Great!
Gepost door ogoloog op 04:47