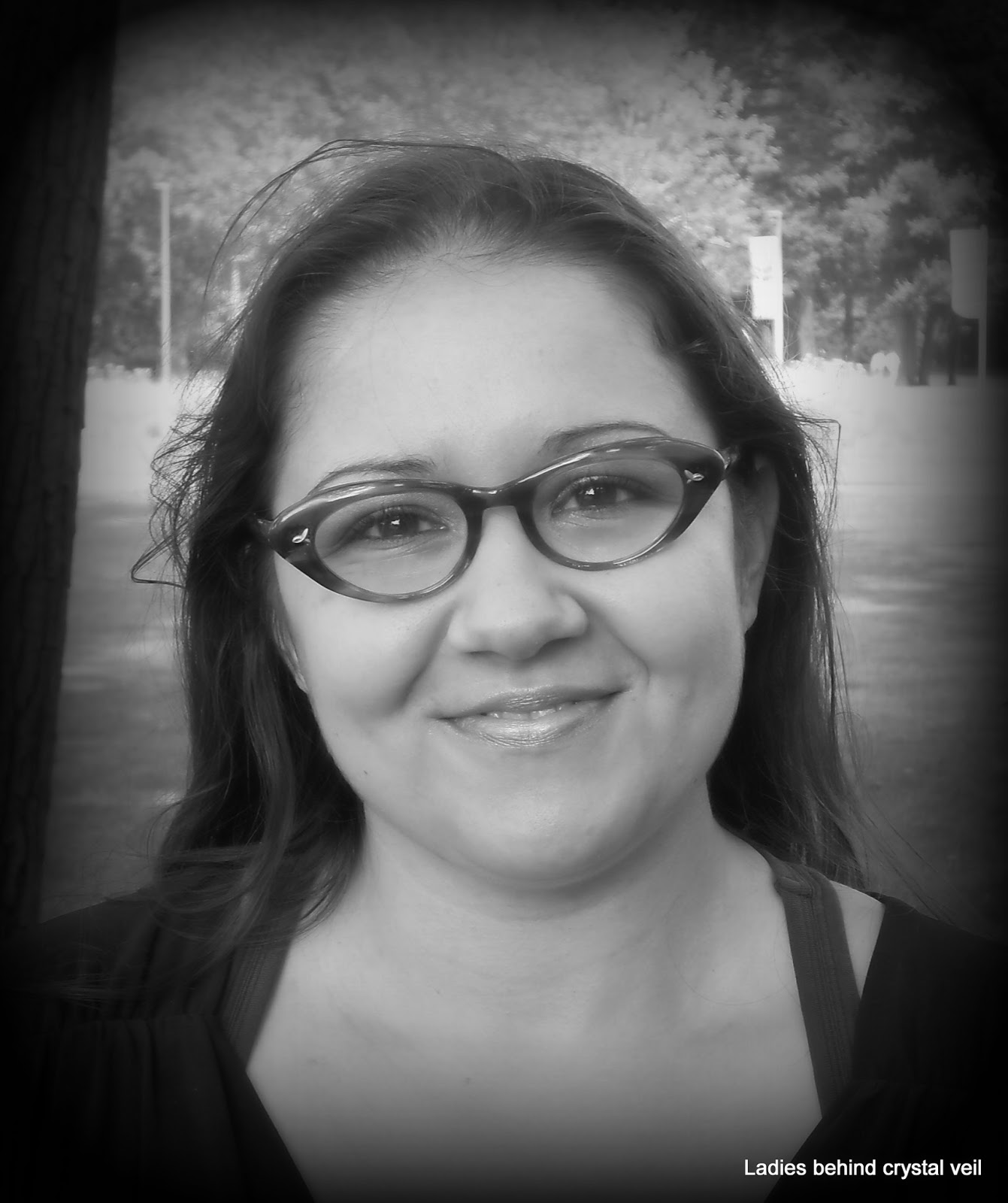 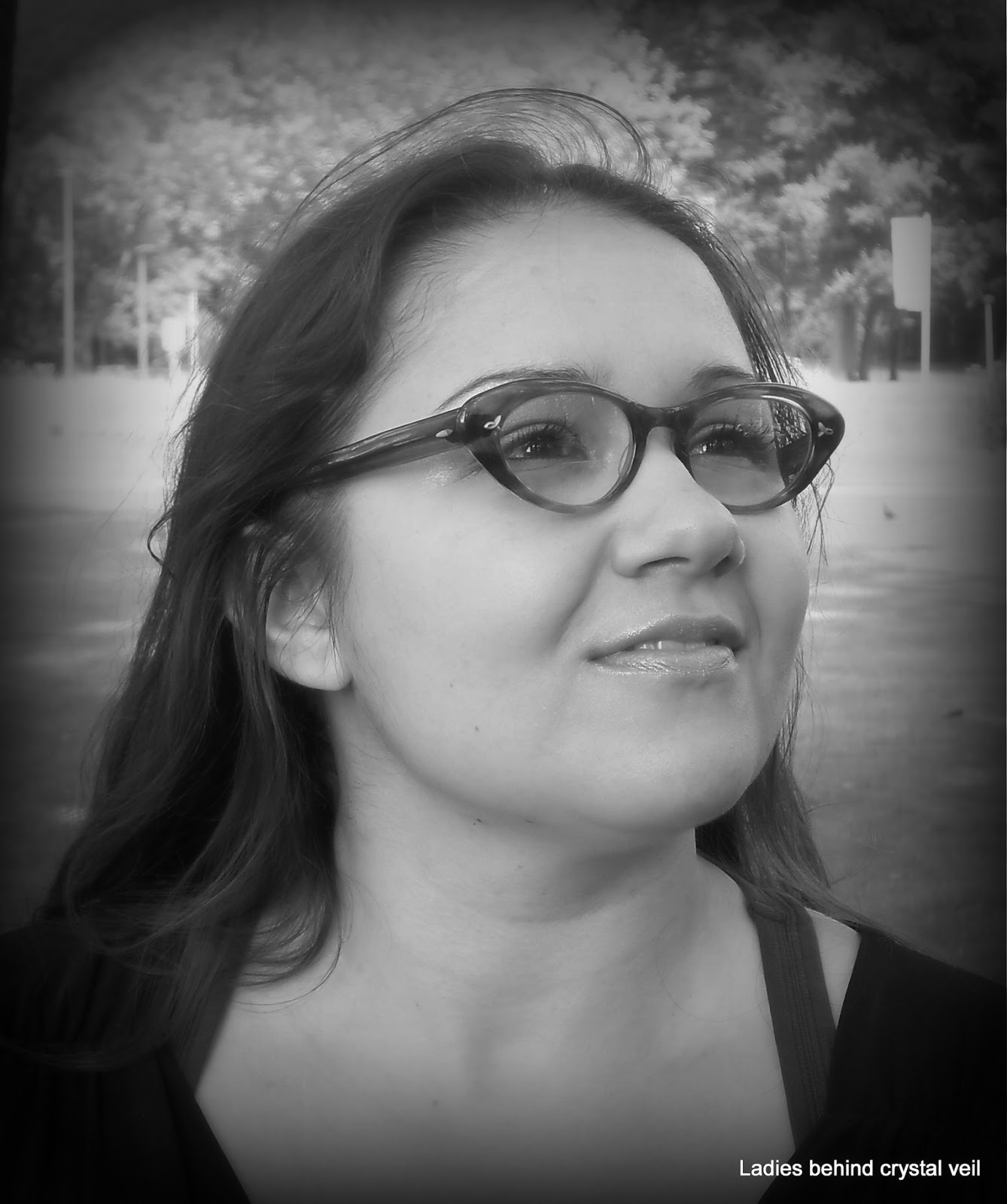 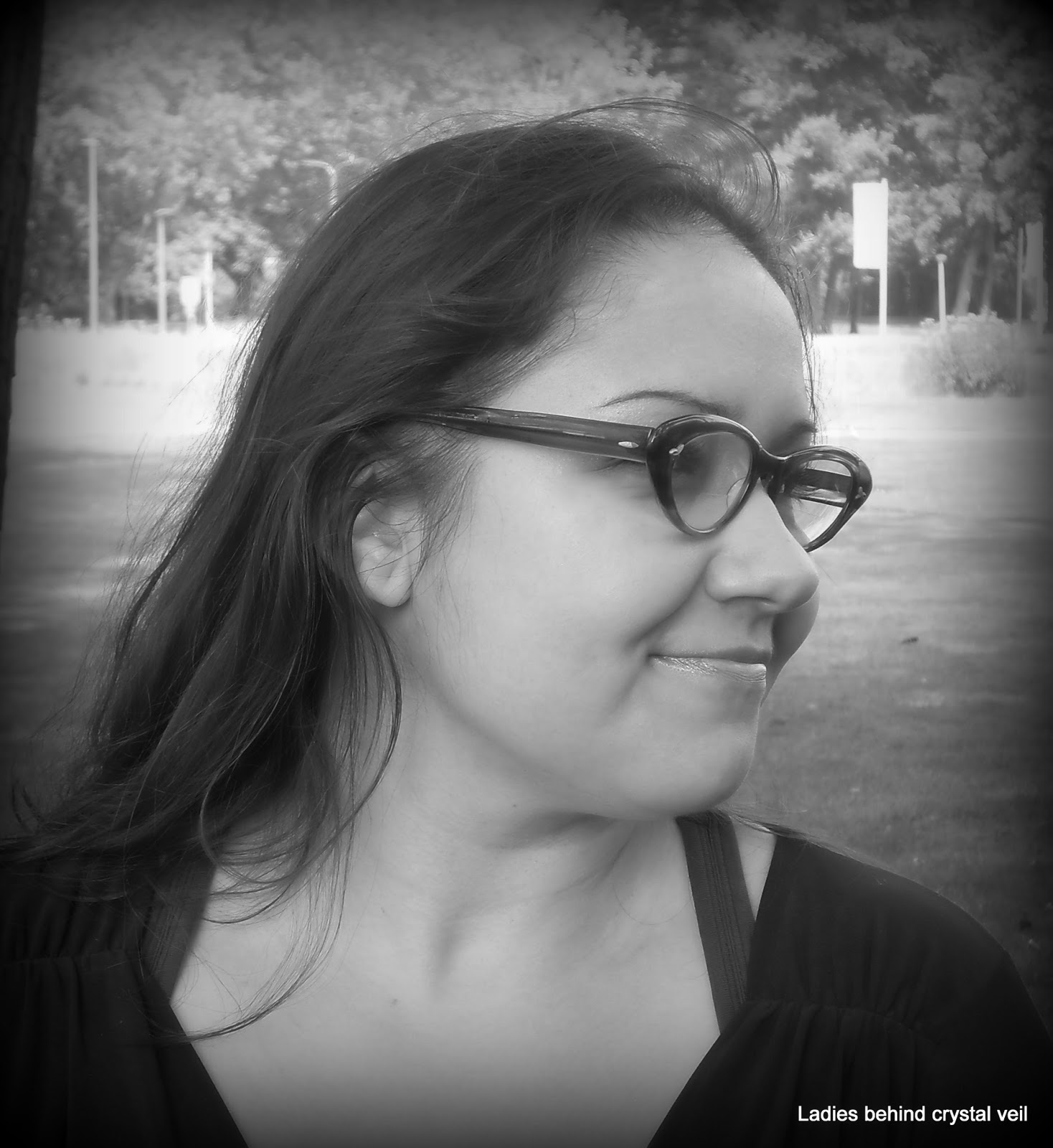 Bausch and Lomb are best remembered for their pioneering job at the contact lens market but they also produced some glasses. The pair shown here by Farishta was a buy in a charity shop in Co. Mayo, Ireland. I'm not quite sure about the age of these glasses but the style is highly reminiscent of a popular style in the mid / late 1960's. All amateur photography was done in black and white in those days, hence the touch of nostalgia in the editing.
Viewers may remember my first photo shoot with a great freelance model called Astrid, in a frozen forest. When Astrid saw her pictures, she declared that nothing could ever beat her portraits in these Bausch & Lomb glasses. Six months later, preparations went under way for my first exhibition of portrait photography with "Ladies behind crystal veil'. By then, Astrid had done three more photo shoots for me but she made it very clear that she wanted her portraits in the Bausch & Lomb glasses on the wall. Needless to say, the glasses were also used by Astrid at the catwalk during the opening of the exhibition (see You Tube Lentilux for a video documentation of the event). Farishta was among the ten catwalk models and I will never forget the appreciation of my late brother Guus who attended the opening of the exhibition. He afterwards said that Farishta looked stunning. Farishta and Astrid also participated in the catwalk at the opening of my second exhibition, in Germany (2011). I was delighted when Farishta accepted my invitation to do another photo shoot after a lapse of several years.
Gepost door ogoloog op 01:52