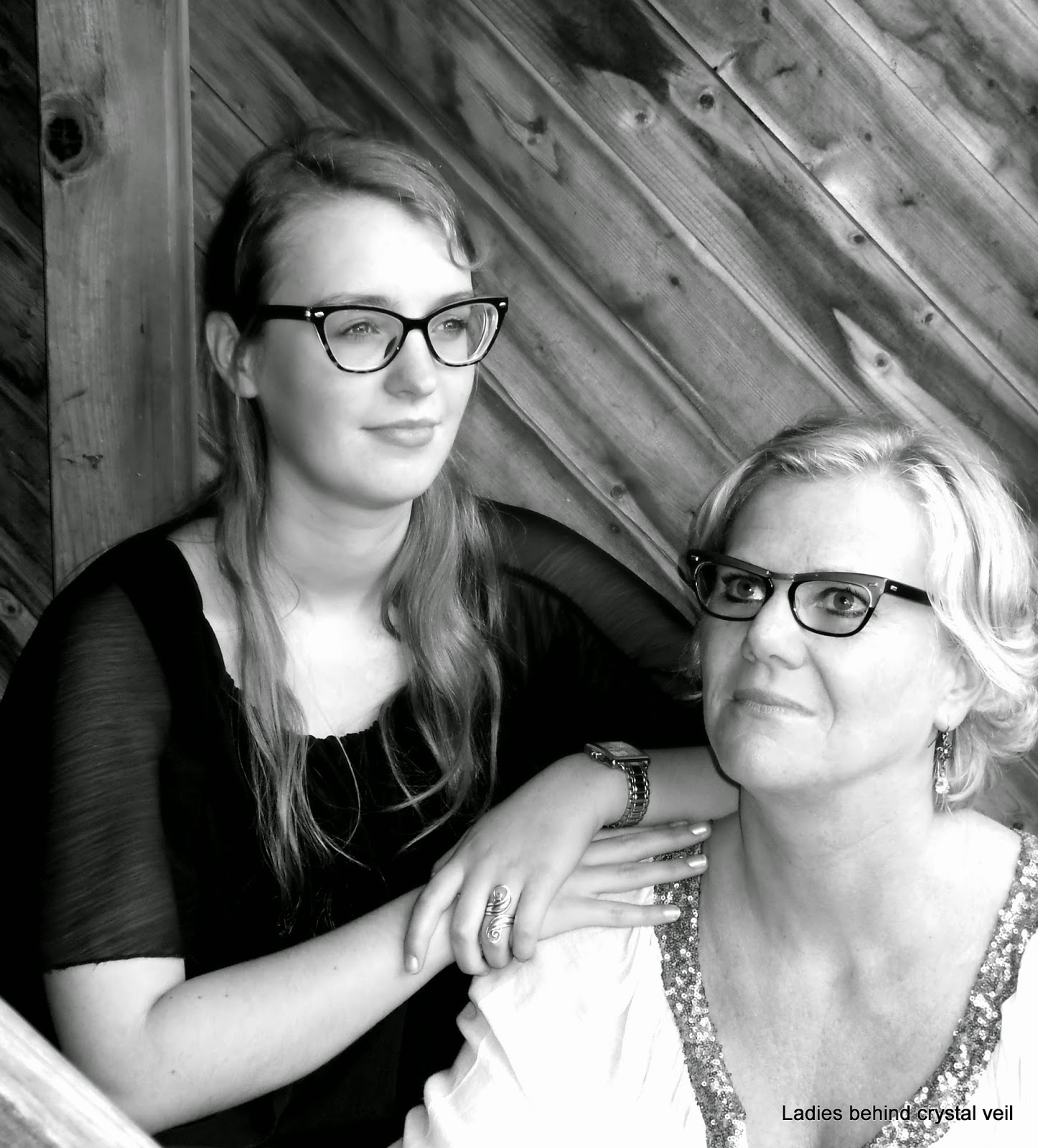 Mother and daughter posing in modern glasses but reminiscent of the times just before Beatlemania set in. Sjoukje's Indo glasses were acquired in Germany and not featured in any previous photo shoot. This striking double portrait was edited in black and white to put additional emphasis on the nostalgia effect. When this photo first emerged on my computer screen, I heard music in my head and that is always a good sign. The music in question was a great song from the first solo album by Irish singer Mary Black in the late 1980's: