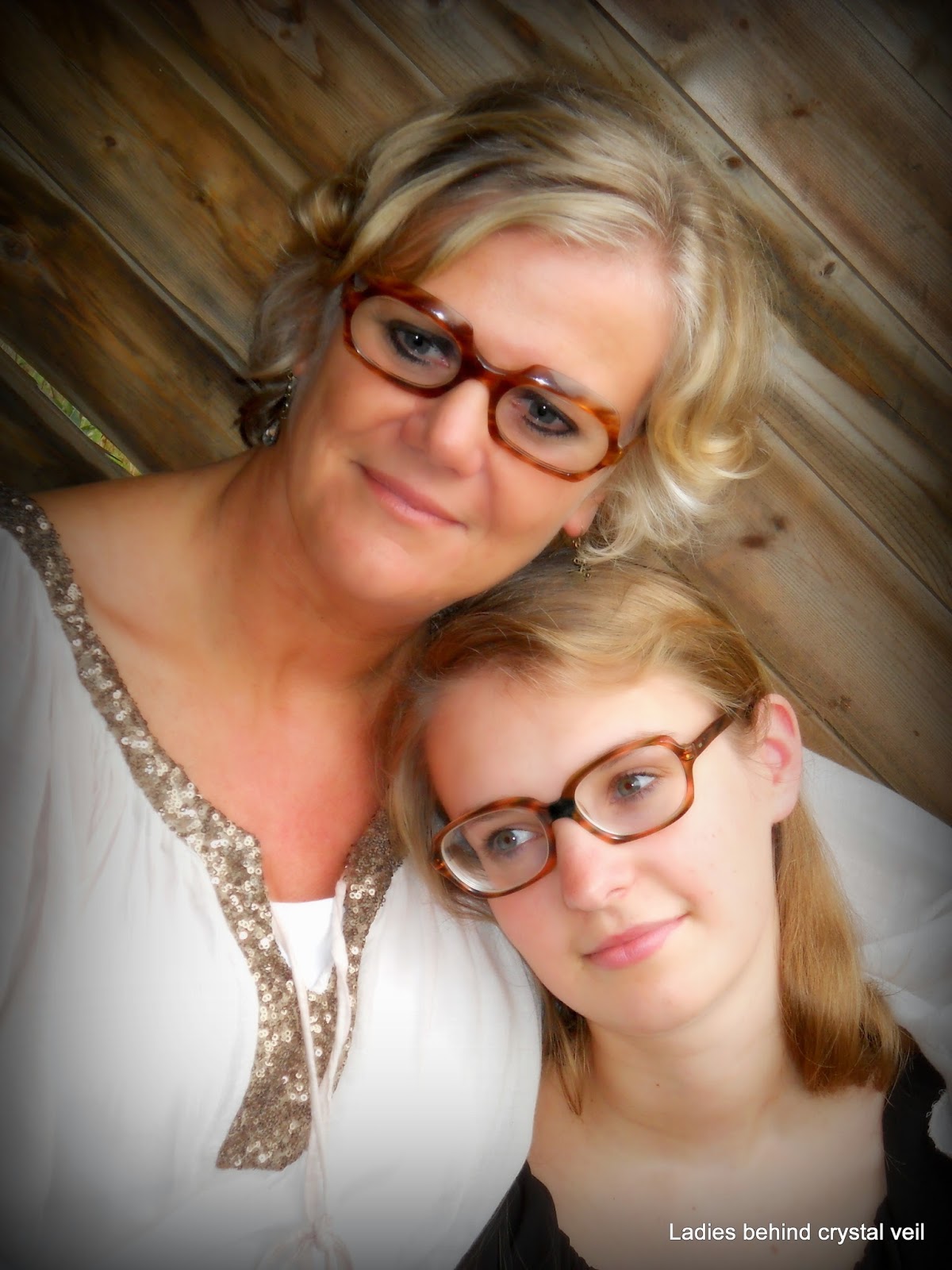 The general trend during the early 1970's was that frames got larger and larger. However, there was no unanimity about the merits of the trend among designers and their clients. The large frames suited many faces but not all. ln this fine mother / daughter portrait, Sjoukje and Battice are posing in glasses that went against the trend of the early 1970's. Sjoukje's glasses were made by Essel, a brand then best known for their contact lenses. These glasses were a welcome find in a Welsh charity shop during the closing years of the past century. Battice's glasses were bought at the inexhaustible "Waterlooplein" flea market (Amsterdam) during the 1980's. The frame shape and suize was not uncommon in the late 1960's but the frame material may indicate a later year of manufacture. Thanks to both models for their wonderful posing. A genuine mother / daughter portrait!
Gepost door ogoloog op 12:02