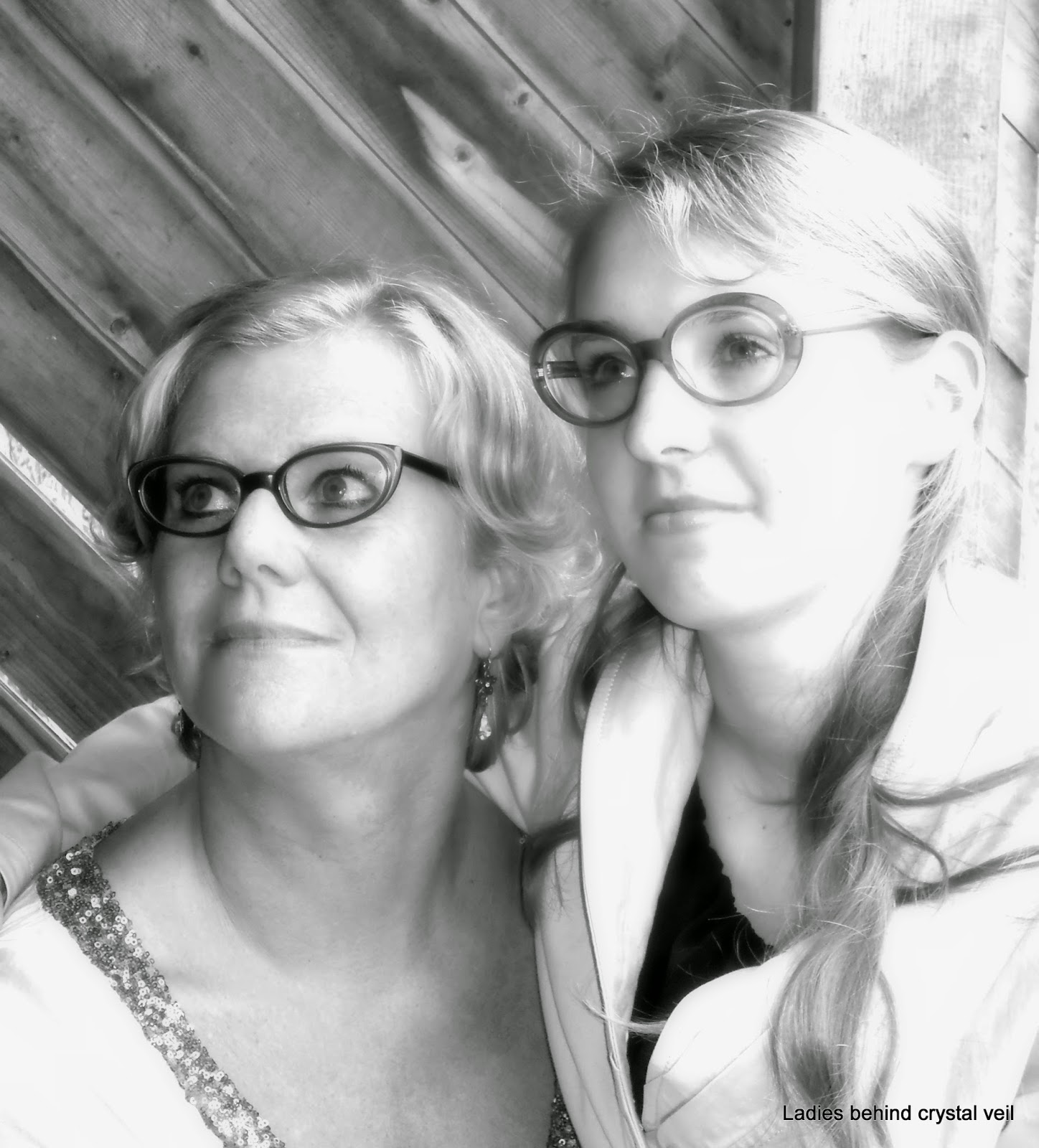 For several decades, the Rodenstock company from Germany had the nice habit to give girl's names to each new series of frames. The "Toxy" glasses shown here by Sjoukje were kindly given to me in 1996 by a lady who always hated her glasses but never threw her old pairs out. When I made her acquaintance in 1996 and mentioned my glasses collection, she excused herself for a moment and returned with a big box containing a dozen glasses she had used during the preceding 30 years. A few months later, we went through her old photo albums and this gave me the opportunity to verify the age of each pair. In later years she could afford to buy a new pair of glasses almost every year but money was scarce during the first years of her wedding so she used the Toxy glasses until 1971, changing them for a rectangular silver pair by Silhouette. She was a beautiful lady of great taste and all glasses were part of a newly developing trend when she bought them. The Toxy glasses were among the front runners of the new style that soon made an end to the cat eye era.
Battice is posing in a pair of "Silvana" glasses made by Rodenstock six years after the Toxy pair. Six years seems short but during the 1960's, changes in fashion went quite fast, keeping pace with the revolutionary changes in popular music and politics. The Silvana glasses were a part of a new trend with larger frames that started during the love summer of 1967, culminating in the giant glasses of the mid 1970's.
Gepost door ogoloog op 11:05