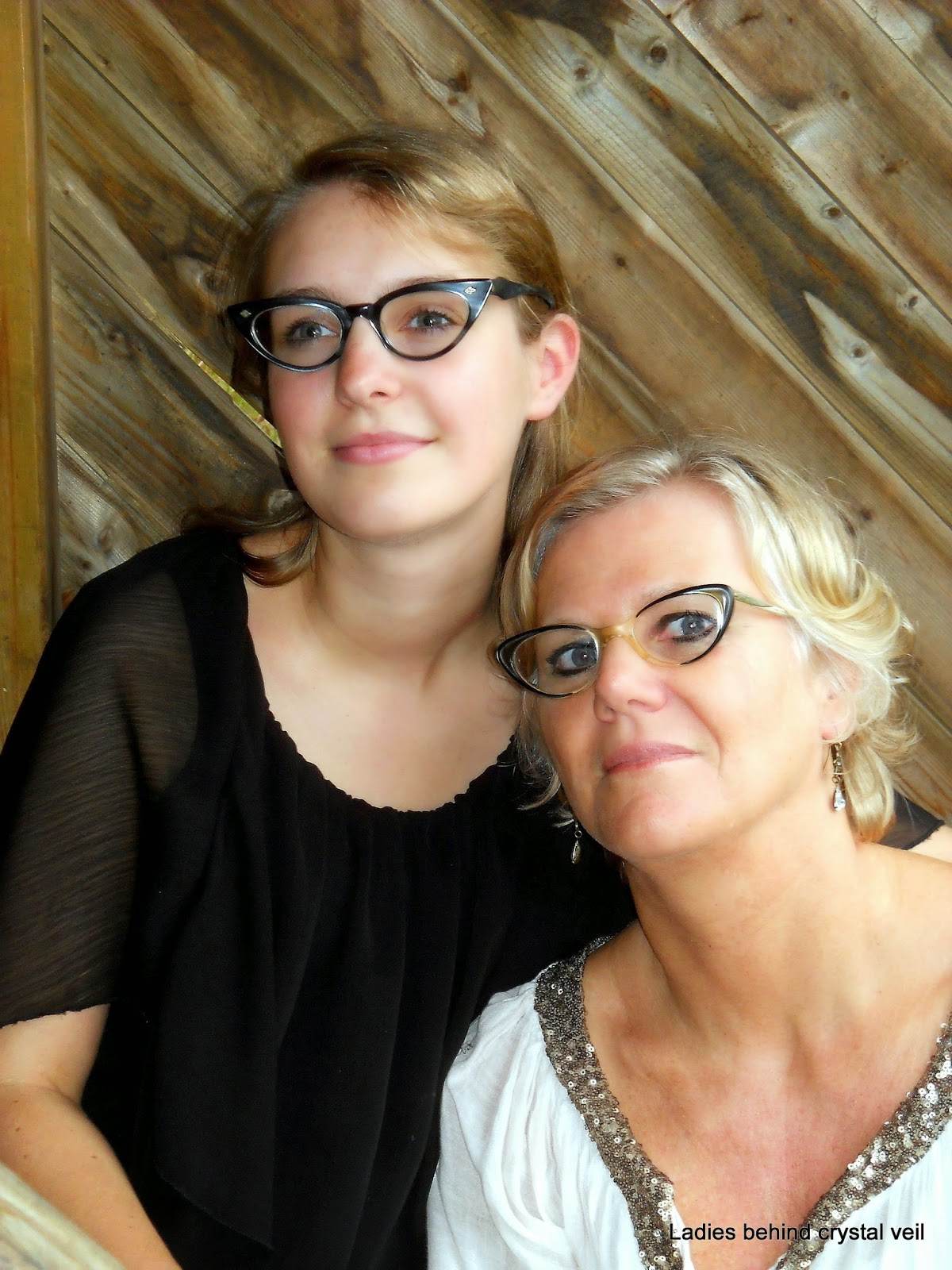 Sjoukje is looking straight to her court photographer through a pair of nameless glasses made in 1963 or 1964. Many frames had opal colored fronts in those years of transition from the cat eye era into a new fashion where everything was rather small and compact. The glasses were probably only used as readers by their first owner. The cat eye glasses shown by Battice were made one or two years earlier and although rather warped, they are still "photo shoot proof". The first owner of the glasses had an unusual prescription with a difference of 3.00 diopters between both lenses. Opticians later regarded this the limit and anyone with a more substantial difference between left and right was urged to buy contact lenses instead of glasses. The first owner of Battice's glasses did not have that "choice" as contact lenses only arrived around 1967, five years after the glasses were made.
Gepost door ogoloog op 10:25