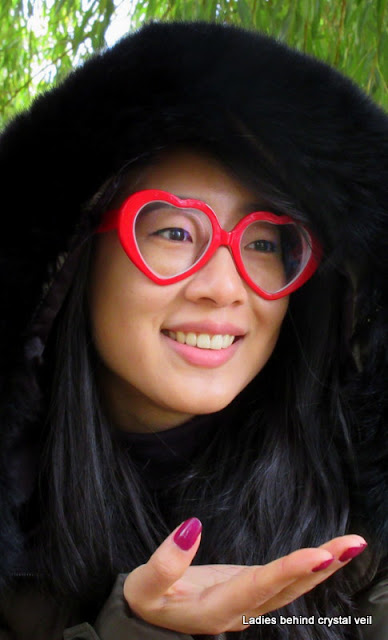 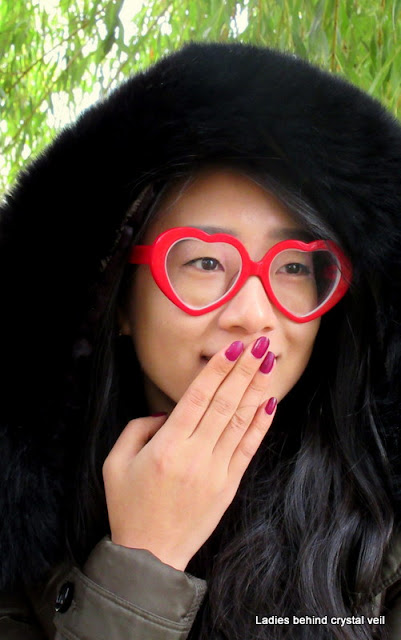 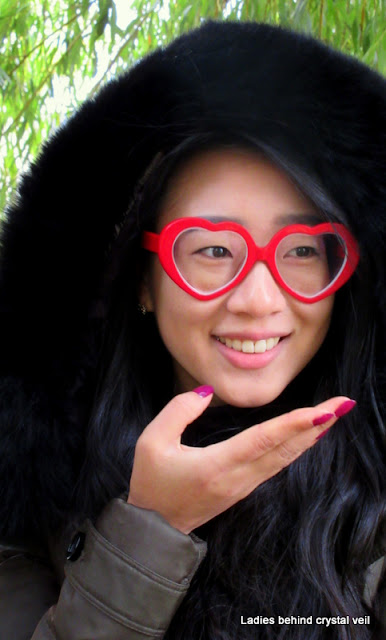 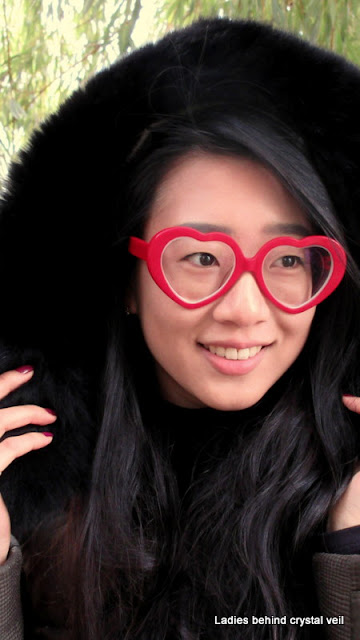 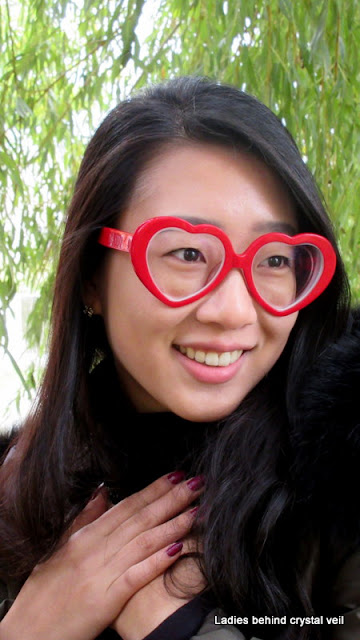 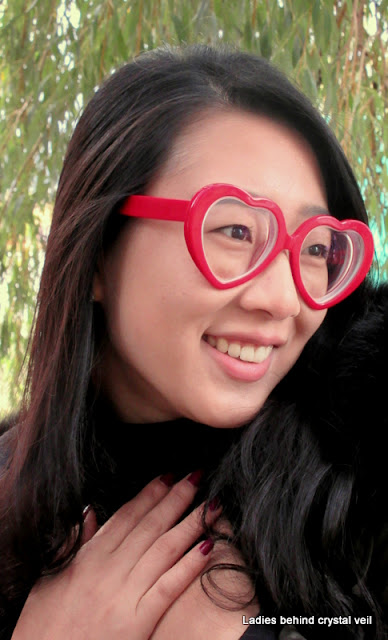 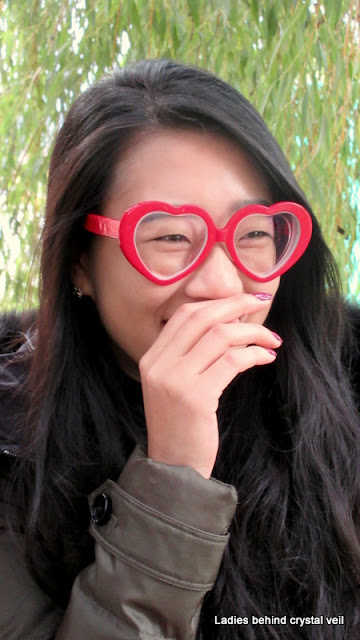 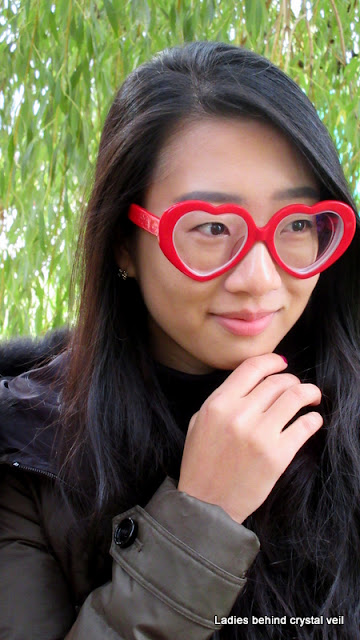 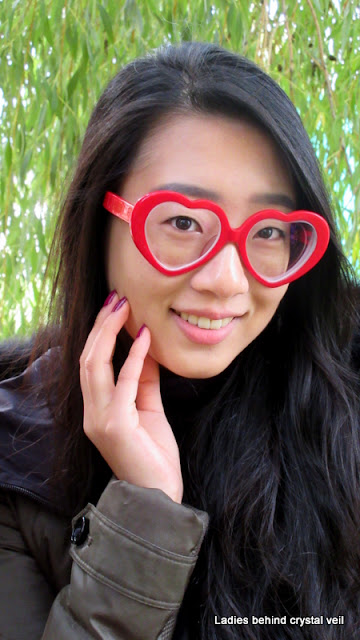 Our final station in this Valentine special is Berlin. Clare did the second half of her epic photo shoot under the willow tree. And then out came the Valentine glasses.... Lovely Clare zoomed in on the acting bit suggested by me. Spotting an imaginary handsome man under a willow tree and then having to draw his attention.... what a crazy idea. But Clare saw the fun element in it and she decided to give it a go. This entire series was taken within twenty seconds and nothing is left out, not even the moment when she cracks up. Many photographers would have left the third photo out, but in my opinion this spontaneous "behind the scene" capture contributes greatly to the series. It only took Clare two or three seconds to get back into her stride as a model. Her instantaneous adoration of the handsome man is expressed in a fantastic manner. Simply beyond words. Only a man with a heart of stone would not answer the love in Clare's eyes.... She then puts up the hood of her coat to show him another aspect of her face. This time she is not just adoring the handsome man but also observing him at the same time. The final photo shows that true love prevails, deeper and wiser than it was during the first magic moments of bliss. What an instinct, what a power of imagination, and what a perfect yet spontaneous execution of the entire sequence. What a gem.... Thank you, Clare!

This extraordinary series marks the end of this Valentine special. My sincere thanks go to Julia, Nel, Monique, Miliswa, Lettie, Nefeli, Nicci, Xenia, Lucy, Mirjam, Emma, Carla and Clare for their highly individual contributions. Unfortunately, one model had to cancel our appointment upon the last moment as she is down with a bad flu. If it comes to a new photo shoot soon, her photos will be added as a PS to this documentary.

Wishing all viewers of my weblogs a Happy Valentine Day!

And to those who may doubt if there will ever be a new Valentine in their lives, here's an appropriate song chorus for you. Written by Johnny Duhan, the song was popularized by the late Ronnie Drew during the 40 years celebration concert tour with the Dubliners.

"Don't give up till it's over
Don't quit if you can
The weight on your shoulder
will make you a stronger man"
Gepost door ogoloog op 17:12