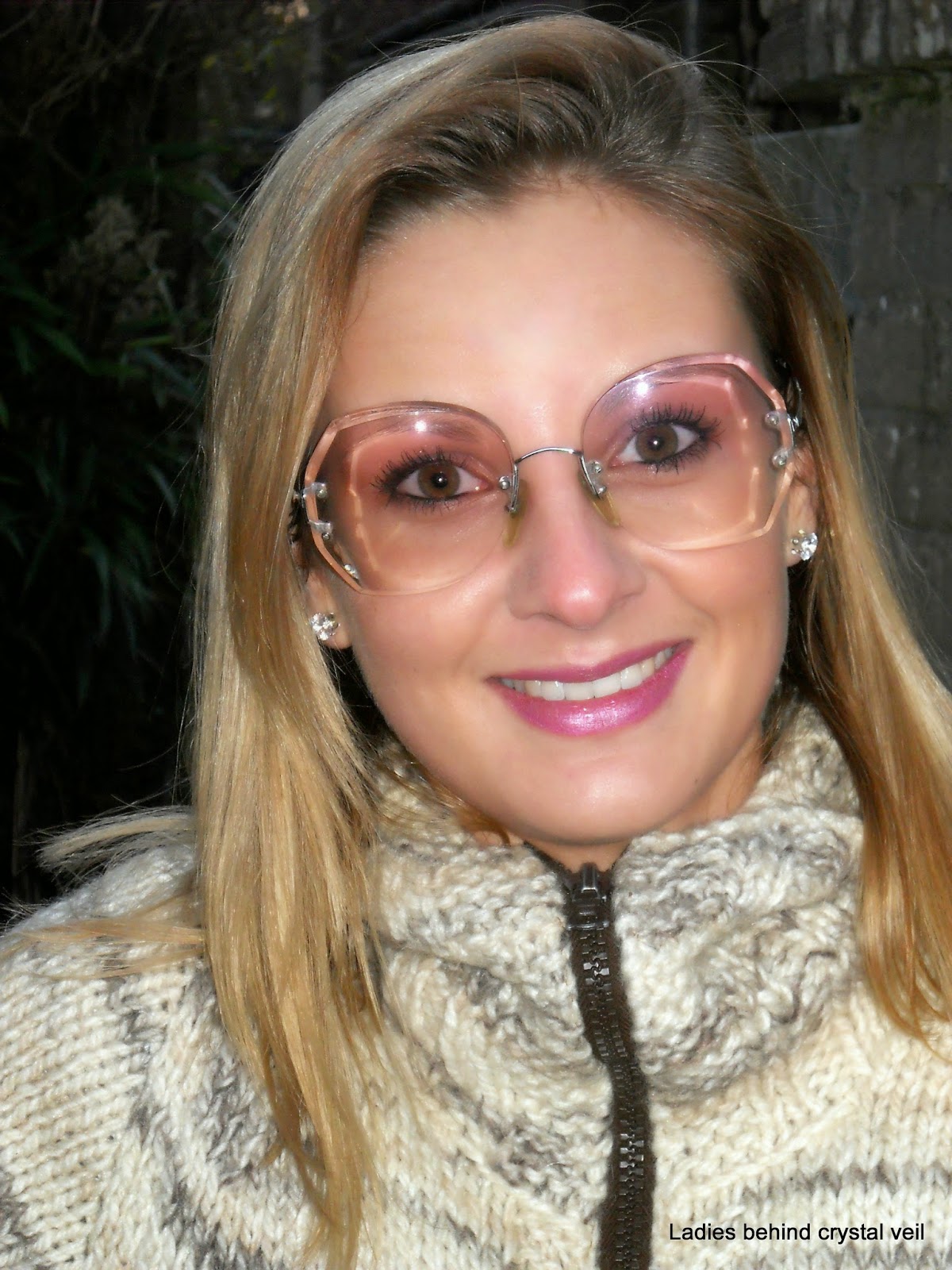 A photo shoot concentrating on the large frames of the 1970's and 1980's would not be complete without a large rimless pair so I brought along several rimless glasses. Iris chose this pair made by Flair around 1980. The glasses were featured in only two or three photo shoots, the first of which was Rachel (012), five years ago. They were also used during the catwalk at the opening of one of my exhibitions. The lenses have only a very mild Rx but substantial cylinders. The effect of the axis of the cylinders can be seen in the shape of the model's eyes. It would have taken only a couple of minutes to remove the glare from the lenses but here it's just a lively decoration so why not leave it there? The bright dots and the stripe are caused by the way the flashlight is bounced by the oblique segments in the rims of the lenses.
At this point, the dark and the cold wind were becoming a bit problematic for most of us so we decided to move to the alley where Iris did her first glasses portraits ever.
Gepost door ogoloog op 12:22