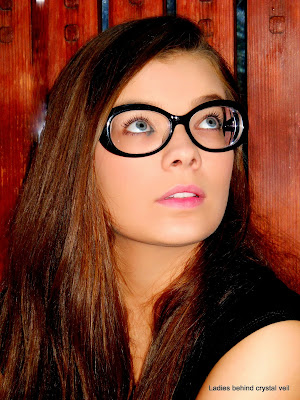 It's funny how changes in fashion affect the opinion of models on certain frames. I bought these Zenni glasses early in 2010 and they were subsequently featured in several photo shoots. The models all liked to give them a try but they thought that the frame was quite huge and massive, really over the top. Three years later, the streets are full of young ladies sporting solid black hipster glasses and all of a sudden, these Zenni glasses don't seem to be "over the top" anymore. I clearly remember that the same thing happened between 1967 and 1975 when frames got bigger and bigger. What was considered large in 1968 seemed small in 1974!
Gepost door ogoloog op 05:50