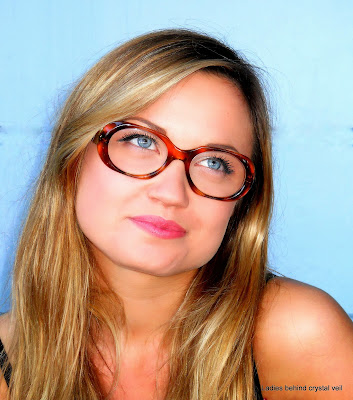 These nameless but striking glasses were featured in the very first photo shoot on my first weblog,four years ago. The model was Irma and this was the second pair she posed in. After her photo shoot, the glasses were mislaid and I only found them back last summer, shortly before my stay in Ireland. I decided to bring the glasses along because of the mild Rx of the lenses. Colleen was not yet on board of the project, serving as "super sub" in case a model would drop out. Eventually this problem was solved and Colleen posed for me in the afternoon of my day of arrival in Bray. It's nice to have the glasses back in circulation. The frame is especially suitable for blondes like Colleen and Irma.
Gepost door ogoloog op 06:47