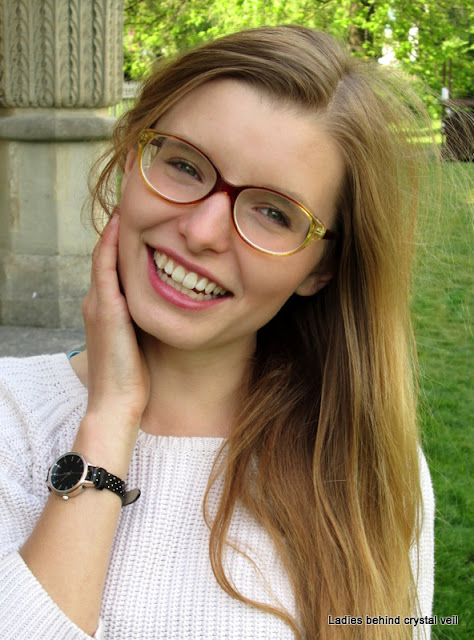 These nice glasses first appeared in the Zenni catalog in early 2010. The frame came in two different colour settings of which this honey brown version was by far the best. The glasses suit blondes and brunettes alike and as a result, they were shown in many photo shoots (e.g. Tineke 124, Marleen 080, Farishta 263, Esther 130, Melissa 149, Claudia Allegonda 026). The glasses remained in stock until 2014. They were an obvious candidate for the photo shoot with Jade but I did not expect that the colour blend with the model's hair would be as perfect as it turned out to be. Simply great!
Gepost door ogoloog op 04:16