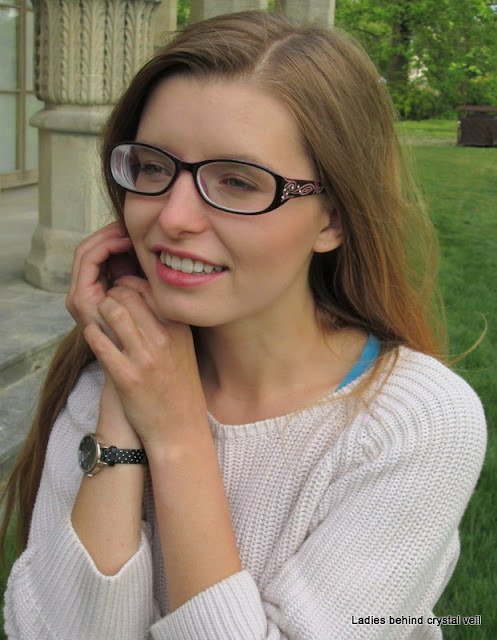 These glasses first appeared in the Zenni catalog about five years ago. Instantly liked by several models, they were subsequently shown in perhaps half a dozen photo shoots (e.g. Doreen 204). There was a duo shoot where the mother and daughter were swapping glasses (Juliana 154 / 160) and both of them looked great in this pair. My climbing partner in the Alps used them under extreme circumstances, posing in a gala dress in the snow during her third photo shoot (Marieke 372). The glasses then dropped out of sight, surfacing during the selection for the three photo shoots in Brighton. It's a fairly wide frame with nice decorations on the arms.
Gepost door ogoloog op 01:46